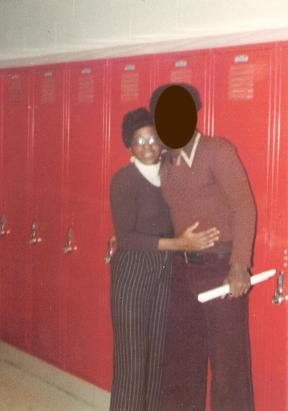 When I was in high school my primary objective was to be viewed as one, if not the best, dressed kid in school. Every day I meticulously planned out exactly what I was going to wear each day. This meant that within a 2-4 week period I could not wear the same outfit.

One of the rules of the high school I attended stated that if you were late for class more than six times you would be suspended from school. Needless to say, I kept getting suspended because my objective was to walk the halls so everyone could see what I had worn that day. In essence, the hallways became my fashion runway.

After repeated suspensions and calls about my lateness, my mother exercised “creative discipline.” She unequivocally knew that I went to school with a primary objective to be seen. What does a parent do when they’ve done everything to discipline a child but to no avail?

Our actions cause God to react. After repeated warnings He has to use creative discipline in order to get our attention. Just like I cried out to my mother about the unfairness of what she was doing to me, we do the same thing with God. In most instances, we want to do whatever we want to do, but we don’t want God to say anything about it. We always want Him to be understanding even as we cavalierly disobey Him.

That was an eye-opening week for me. No, I didn’t stop loving to dress, but it did make me get to class on time. How many times have God had to do something extreme in order for you to do the right thing? It is not that you don’t know what to do, you do.

God is so awesome in His infinite wisdom. You see, just like my mother knew exactly why I couldn’t make it to class, God knows why we are not doing the right thing as well. I remember saying that it was so far walking from one class to the next and that caused me to be late. Who was I fooling, in some cases my classes were right across from each and I would still be late.

Parents know their children because they look beyond the exterior and peer into their heart. So does God.

His discipline, just like my mother’s, is derived from the issues flowing out of the heart. In most instances, it is a heart matter and in order for the correction to be effective it has to be creative enough to cause you to turn away from it. It worked for me!

“A wise son heeds his father’s instruction, but a scoffer does not listen to rebuke.”Proverbs 13:1 (KJV)

“Train up a child in the way he should go, and when he is old he will not depart from it.” Proverbs 22:6 (KJV)

“Even a child is known by his deeds, whether what he does is pure and right.”Proverbs 20:11 (KJV)

“Hear, my son, and receive my sayings, and the years of your life will be many.”Proverbs 4:10 (KJV)

I correct and discipline everyone I love. Take this seriously, and change the way you think and act. Rev 3:19 (GW)

He openeth also their ear to discipline, and commandeth that they return from iniquity. If they obey and serve him, they shall spend their days in prosperity, and their years in pleasures. Job 36:10-11 (KJV)

Father, I realize Your chastening directly reflects my actions. I become so self-absorbed I find myself repeatedly doing the wrong thing even though I know I should be doing the right thing. Regardless of how much the warnings go forth, I still don’t adhere to them until Your chastening happens. Your creative discipline actually echos just how much You love me. Without You guiding me in the right direction I would continue down a path of destruction. Although I may sometimes feel You are being unfair, bless me to see the situation as You see it in order for me to accept the correction and be transformed to do the right thing. Amen