PRAYER FOR SUCCESS May 31

Father, I may devise the plan for my journey to success, but You are the executor with unobstructed vision of life’s mutations. You always proceed before me making every crooked way straight. Give me strength to be flexible as I victoriously endure and not lose focus through the contingencies inherent in the vicissitudes of life. Amen. #showersblessing #prayersforsuccess

PRAYER FOR SUCCESS May 30

Father, I heeded Your instruction and started the business. I am excited! Bless me with the right connections to garner wise counsel and with customers and clients for my business to flourish. Bless me not to despise these days of humble beginnings, but give me patience in the growth process. Bless me to manage the business with integrity and to treat each employee, client and customer fairly. Bless me to increase in favor, stature and wisdom on a path to success. Amen. #showersblessing #prayerforsuccess

PRAYER FOR SUCCESS May 29

Father, You have instructed me to start a business and I have been reluctant to do so out of fear. You have not given me a spirit of fear and I will not cast away my confidence any longer. I will more than just start the business, but I will thrive in the business. I will complete the necessary documentation to establish the business, develop my business plan and marketing strategy, and provide quality service with integrity and a spirit of excellence as a marketplace influencer. Amen. #showersblessing #prayerforsuccess

PRAYER FOR SUCCESS May 28

Father, I am ambitious and goal-oriented with a passion to succeed in business as I glorify you in everything I do. I am successful because I do not lean to my own finite understanding, but every day I seek You for divine guidance and direction. My trust is not in my abilities, but in You who blesses me daily with the ability to succeed and to be a bright light as a marketplace influencer. Amen. #showersblessing #prayersforsuccess

PRAYER FOR SUCCESS May 27

Father, I passionately pursue business as my life’s mission. Bless me to operate my business with integrity in providing quality goods and services, helping people to flourish and contributing to society by adhering to the laws of the land as well as paying my obligations to You in tithes and offerings. You have blessed me to be a marketplace influencer in business so I can be a blessing to not only myself, but my family, my community and others as well. Amen. #showersblessing #prayersforsuccess

PRAYER FOR SUCCESS May 26

Celebrating Those Who Sacrificed Their Lives | Showers’ Blessing 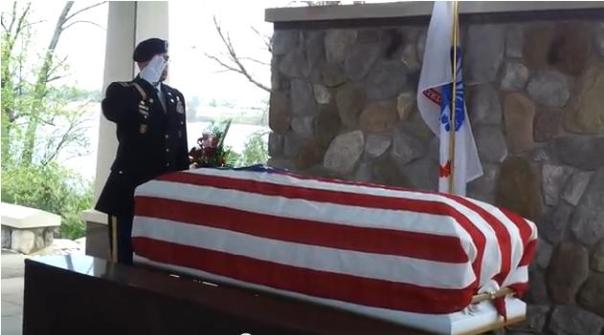 Every year I have celebrated Memorial Day more for the time with family than truly honoring the millions of fallen soldiers who gave their lives so we as Americans can enjoy freedom as no other nation. After May 2013, Memorial Day has never been the same and my sincere celebration of the holiday has taken on new meaning. Now, I truly have an American Hero to celebrate.

My sister and best friend, Major Patricia Holmes-Ellison, led a command of soldiers, 273rd Military Police Company, in the 1991 Gulf War–having been one of the few women allowed to maintain leadership of a coed squad in combat. Early morning on May 14, 2013, she succumbed to lingering wounds from Desert Storm. She was a soldier’s soldier. Through her life, commitment to this country and death, I realized that these soldiers, even those who lost their lives, would fight again if given the opportunity. That is not to say that our country has always honored their efforts, commitment and ultimate sacrifice. I witnessed my sister fight for benefits that were rightfully hers being forced to prove that she was ever in combat.

Our patriotism for those who fight and sacrifice so much, even their lives, for us is grossly under celebrated. Not long ago I can remember the patriotism of America for those who had given their lives. Flags hung from houses as we were proud Americans honoring our war dead. In school we learned the battle and celebratory songs of this country in celebration of our country and those who gallantly served this country with honor and dignity. We recited the Pledge of Allegiance with pride knowing it united us not just as a nation, but as a country committed to God.

Today, most of our children don’t know those songs because of cuts from our music departments and we don’t sing them at home like we once did either. The majority of them don’t know the Pledge of Allegiance because God is mentioned and we are more concerned about offending rather than uniting in a corporate commitment to our country and our freedom.

Many of Americans are clueless about why we celebrate Memorial Day. Most of them feel it is another day off work; when in actuality it is a time for us to celebrate our war dead. These are the women and men who unselfishly gave of themselves and sacrificed the ultimate in battle, their lives, so we can have the right to life, liberty and the pursuit of happiness.

Join me this Memorial Day to celebrate the millions of women and men who gave their lives so we as Americans can enjoy freedoms unlike any other nation. Pray for the strength of their families who lost their loved ones, some during battle and others later from wounds acquired during battle. Let us join together with pride knowing that their efforts and sacrifice will never be forgotten and they will never be in vain. We salute each of them throughout the history of America for their bravery, their courage and their sacrifice for us to be one nation under God, indivisible, with liberty and justice for all.

PRAYER FOR SUCCESS May 25

Father, As we remember the fallen soldiers who paid the ultimate price with their lives, bless us not to forget their wives, children and other family members in pray. In our celebration let us remember each of their contributions—those who were publicly honored and the thousands of unsung heroes who gave their lives that America can continue to be one nation under God enjoying the freedom of life, liberty and the pursuit of happiness. Amen. #showersblessing #prayerforsuccess #memorialday #memorialday2015

PRAYER FOR SUCCESS May 24

I am certain that You are taking care of all my needs and desires with exceeding generosity. Every day I learn to trust and rely on You—not my job, not my business nor my skills and talent. You are faithful in generously providing wisdom, understanding, counsel, might and knowledge as well as Your favor, blessing, and graciousness for my success in business, at work, and in my home. Amen. #showersblessing #prayersforsuccess

PRAYER FOR SUCCESS May 23

Father, You’ve strategically positioned me in the marketplace. Bless me to celebrate those I work alongside as they teach me as much as I teach them. Each day I celebrate their ideas, enthusiasm and their commitment to hard work as I embrace who they are even though we may not share the same beliefs. Bless me to be that marketplace influencer representing You as I pour out love, wisdom and mercy on everyone in my sphere of influence. Amen. #showersblessing #prayerforsuccess